Enjoy the outdoors but be tick aware this summer

You and your family may be out enjoying the Devon countryside more often now it’s the school holidays but be aware, you could be exposed to ticks.

Ticks are small, spider-like creatures that feed on the blood of animals, including people. They mainly live in woodland, grassy areas, moors, heaths and even urban parks or gardens.

Always check your family for ticks when you’ve been in one of these area and if you find any, remove them safely using a tick removal tool or fine tipped tweezers as soon as possible because ticks can carry diseases like Lyme disease.

Contact your GP if you have been bitten by a tick and you get:

flu-like symptoms – such as feeling hot and shivery, headaches, aching muscles or feeling sick, or
a circular red rash like the one in the link.

A plea to visitors to take litter home, has come from Devon councils following huge quantities of litter fly tipped on the region’s beaches and countryside.
Across Devon, councils are experiencing high levels of litter left abandoned around waste bins. The advice to picnickers who have been flocking to beaches and open spaces to enjoy the recent spell of sunny weather is, if the bins have already filled up, take your litter home to recycle.

Despite regular daily collections of waste bins across the length and breadth of the county, councils are simply overwhelmed with the huge quantities of full bags of picnic waste which is being abandoned, some of it never having been attempted to put into bins.

Rubbish left around bins, which is classified as fly tipping, causes the likelihood of rubbish being blown into the sea causing pollution of the region’s beautiful coastlines, harm to marine life and an increase in vermin and seagulls who scavenge for leftovers.

When residents and visitors are meeting friends and family outdoors due to the current lockdown measures in place, the message from councils is very clear: if the bins are full, take your rubbish home.

Respect your environment
Respect your local community
Don’t expect others to clean up your mess where you’ve abandoned it
Don’t be a Covidiot
Cllr Keith Baldry South Hams District Council’s Executive Member for Environment, said: “We know that most of our residents and visitors care about the South Hams and its beautiful environment and they join us in their anger over the actions of some people following the relaxation of the Covid lockdown. Be under no illusion, this is not just a South Hams issue, it’s happening nationwide and we need to stop it now before it gets too late.

“We know it is our responsibility to empty the bins regularly, which we do. But it is up to everyone to play their part and take responsibility for their own actions too. It is simply unbelievable that normally rational people think it is okay to abandon their rubbish in public spaces simply because the bin may be full. They wouldn’t leave their rubbish on a pavement if the bin was empty, so why leave it just because a bin has filled up?

“If you can manage to carry a bag of picnic food and drink to the beach, the park or countryside, and the bins have become overfull, then please use that same bag to carry the rubbish back home for recycling.

“Please do let us know if a bin is full by reporting it online and we will get there as quickly as possible to empty it. I would also strongly urge you to report incidents of fly tipping to us.”

The Councils’ Enforcement Officers are out and about patrolling the region and will be issuing on the spot fines of £100 to those caught littering. 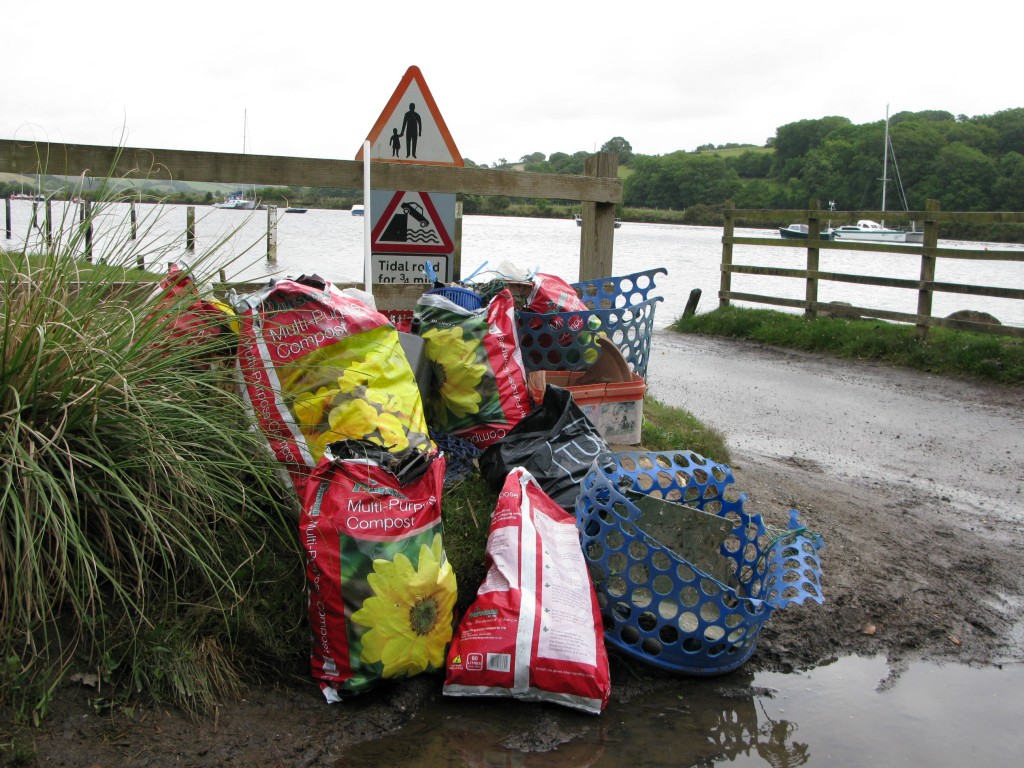 ﻿﻿﻿﻿The Aune Conservation Association will be organising its usual New Year clean up along the Tidal Road on Sunday 12th January at 11.30am. Low Water will be around 1300h. Everybody is welcome to join in but please take note of our safety guidelines – ACA-BEACH-CLEANS3.

We usually have one group starting from Timbers car park at AG to work downstream towards the stakes at Milburn Orchard and another starting from the Milburn Orchard car park, working back to AG. Subsequently, a congenial meeting of the two teams in the Fisherman’s Rest would be a good way to start the afternoon.

The Environment Agency has asked the parish council to alert the public to changes in the water abstraction licensing system.

If you or your business abstracts more than 4399 gallons of water /day from ground or surface water sources you may need to apply for a licence before 31 December 2019.

South Hams District Council held a Council meeting on Thursday 25 July, with councillors unanimously supporting a motion to declare both a Climate Change and a Biodiversity Emergency.

Following recommendations from the Executive committee in June, the Council agreed a Climate Change Emergency and went further, with the additional inclusion of a Biodiversity Emergency.
The Council will now collaborate with Climate Change agencies along with Devon Councils, including Devon County and Plymouth City, to address the emergencies.

Agreement was reached to develop an action plan which will outline how the Council will meet, or exceed, the UN’s intergovernmental Panel on Climate Change’s (IPCC) carbon reduction recommendations.

This will include an assessment on whether the 2030 target date will be practical. The assessment, to be presented to Council within six months, will also look at concerns about global species and habitat loss raised by the Intergovernmental Science-Policy Platform on Biodiversity and Ecosystem Services (IPBES).

A politically balanced Working Group will be established by the end of August led by the Leader, Cllr Judy Pearce, Lead Executive Member for Climate Change. At their first meeting, the Working Group will consider setting up a Citizens’ Assembly and to bring a recommendation to the next Council meeting on 26 September.

The Council will also take steps to ensure developers improve biodiversity within their development plans and to avoid, where possible, any impact to wildlife. Or, as a last resort, to carefully mitigate against any impact, in agreement with the Joint Local Plan Policy.

Cllr Hilary Bastone, Deputy Leader of South Hams District Council, said: “It’s important to have a clear plan of action about how to deal with the Climate Change and Biodiversity Emergency in an achievable timescale.

“We’ve put in place sensible steps to help us find out more and we’re looking forward to working with other organisations and councils, through our Working Group, to develop a plan which will help us to reduce our carbon footprint.”

Cllr John Birch, SHDC Ward Member for Totnes, added: “I’m pleased that we have also taken biodiversity into consideration when talking about Climate Change. Biodiversity is directly affected by a changing climate, and this has negative consequences for the populations’ wellbeing.

“With this in mind, I’d very much like to see a Citizens’ Assembly set up to gain the views of those living in the South Hams.”

Cllr Jacqi Hodgson, SHDC Leader of the Green Party, who tabled the original motion last December, was delighted that Biodiversity was now part of the formal Declaration, saying that ecological collapse was essential to urgently address, said: “It’s really important that going forward we take steps to make sure that when developers apply for planning permission, they have made provision to conserve and manage biodiversity to avoid any impact to wildlife habitats, wherever possible. If this can’t be avoided, then any harm should be minimised.”

Climate Change impacts all of the Council’s six Corporate Strategy themes. To read more about these themes, go to: https://www.southhams.gov.uk/article/5347/Council-Performance-and-Strategy

The Avon Estuary has been designated as a Marine Conservation Zone

The designation of the estuary is described and briefly reviewed in the following document:-

The Devon Countryside Access Forum is a statutory local access forum under the Countryside and Rights of Way Act 2000. It has seventeen members who advise on the “improvement of public access to land for the purposes of open-air recreation and the enjoyment of the area..” The Forum gives independent advice to a number of Government bodies in addition to Devon County Council, district and borough councils and parish and town councils.

Devon County Council is currently appointing members to the Forum and would welcome applications from anyone with an interest in recreational access.

In this round of appointments applications from walkers, horse-riders, tourism providers and those with a knowledge of the Definitive Map review process would be particularly welcome. Over the coming year the Forum will be looking at coastal access (the England Coast Path) on stretches between Kingswear and Cremyll and Combe Martin and Marsland Mouth, as well as other issues associated with access. During 2018 the Forum responded to a number of local and national consultations including Areas of Outstanding Natural Beauty Management Plans and the national Cycling and Walking Investment Strategy. It continued to suggest specific improvements for disability access across the County.

All applications will be considered and we would love to hear from landowners and managers, access users and people with other relevant professional interests such as planning, education, sport, sustainable transport and business. Although membership is voluntary, a generous mileage rate is paid. Formal meetings are held three times a year. There are occasional small working groups and a yearly training day.

It’s an interesting opportunity and members can:-
contribute to the debate- share experience and expertise;
meet and work with others- listen to and discuss ideas on solving access problems;
help make a difference- influence local and UK policy affecting access;
be informed- receive regular local and national access information updates.
For details and an application form please see www.devon.gov.uk/dcaf The closing date is Friday, 22nd February 2019.

If you have any questions please do not hesitate to contact me.

I should be very grateful if you could share this information with your networks. 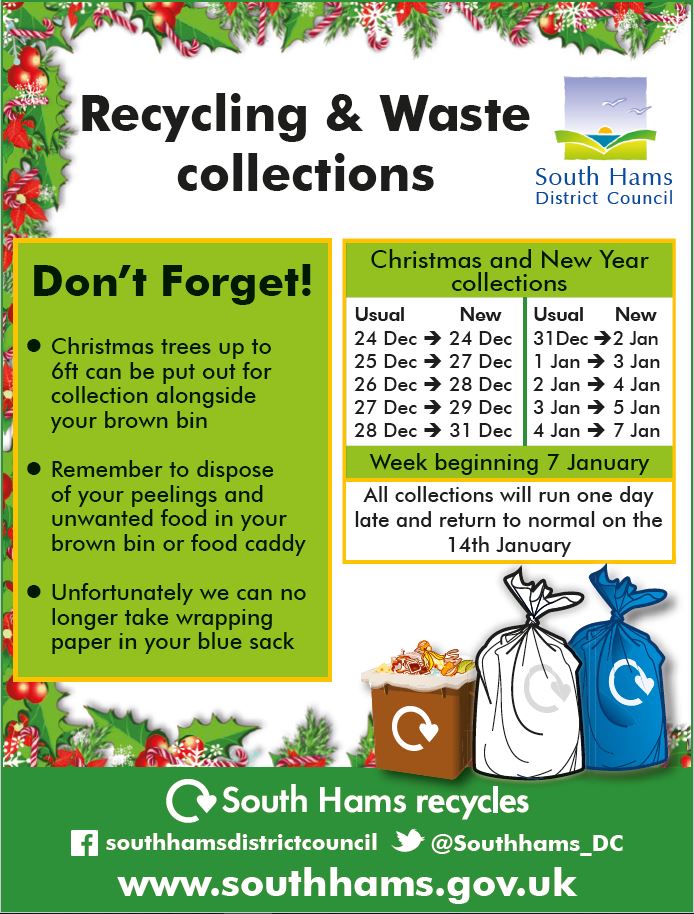