As part of the Marine Conservation Society’s ‘Great British Beach Clean’ which involved numerous beach cleaning efforts around the country between 18th and 21st September, the Aune Conservation Association arranged one of its quarterly rubbish clean ups on Cockleridge, Bigbury-0n-Sea, on Sunday 20th September.    The  photos show a) some examples of the typical rubbish found on the beach, including polystyrene pieces, fragments of fishing nets and assorted plastic objects and b) the happy, if rather small, band of enthusiastic participants.  This year, the rubbish haul was somewhat smaller than on previous occasions and it would be tempting to delude ourselves into thinking this could be a direct result of our earlier efforts on Cockleridge.  Sadly, we know that the next tide will probably bring in a richer harvest from the masses of junk floating around in our oceans or discharged through our sewerage systems and that we need to remain vigilant to help protect and conserve our beautiful local environment. 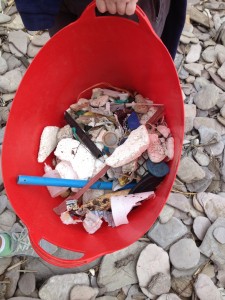 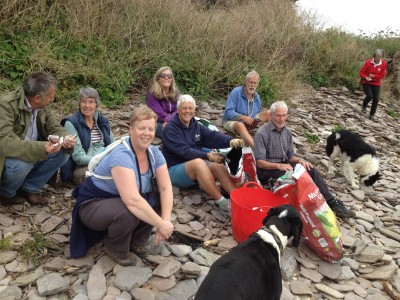