The AONB Estuaries Partnership has produced the following biosecurity plan to help stop the spread of marine non-native species around the South Hams.

The risks of an invasive non-native species in the Avon Estuary are relatively low owing to the regular flushing of the estuary by freshwater but with increases in the number of people and craft using the estuary for recreational purposes, the danger is still present. Please be vigilant and take any relevant precautions, as advised in the plan.

The effects of invasion by Spartina or cord grass in the Avon Estuary after artificial introduction by Man are all too evident in the steady accumulation of silt and mud. Multiplication of the Pacific Oyster outside of the farmed racks in our estuary is prevented by limiting the externally-sourced juveniles to triploid (infertile) individuals.

It is the time of year we typically see an increase in reported marine crime and I request you remain vigilant and report any suspicious, unusual activity or marine crimes which may occur.
I would like to take this opportunity to remind you of Project Kraken and request you keep us updated with any information which may be of use to us.

Project Kraken – a joint initiative now being delivered by the NCA, Border Force and police forces – aims to increase public reporting and strengthen the general maritime industry’s response to the threats.
We want you to report any unusual or suspicious behaviour in these and other maritime environments. No matter how trivial it may seem; if it looks out of the ordinary, we want to know about it.
Whether you work in the maritime industries, are a keen sailor, or are just walking along the coast, your local knowledge and your experience of the maritime world means you are well placed to spot anything unusual.
By working together we can help to prevent terrorists and organised criminals posing a threat to your neighbours, your pastimes, your businesses and your livelihoods.
They will exploit any opening they find.

How you can help
We want you to report any unusual or suspicious activity near the coastline and in maritime environments.
This could include, among others:

Boats with names or identification numbers painted out, altered or erased.
People or packages landed or disembarked from boats in unusual locations and transferred into waiting vehicles. Why are they suspicious? Note times, locations, descriptions of vessels, persons, including boat names, sail numbers, hull colours or other distinctive markings. If vehicles are seen note make, registration, colour and nationality.
Boats moving late at night or early in the morning in suspicious circumstances, showing little or no navigational lighting or signalling to persons or vehicles ashore.
Boats which may be overloaded, appear low in the water, contain people who do not appear to be able to handle the vessel or are inadequately dressed for the prevailing weather conditions.
Boats containing people who appear to be engaged in unusual boat handling techniques such as recovering swimmers or divers from the water.
Rigid inflatable boats moving at unusual times or seen in unusual locations and fitted with extra fuel tanks.
Suspicious requests to buy or store large amounts of fuel, satellite navigational equipment, gas bottles, chemicals, uniforms or badges.
Suspicious or unfamiliar persons seen in marinas or coastal areas carrying tools, paying attention to or taking photographs of vessels with high value items such as engines and electronic navigational equipment.
Suspicious persons who ask questions about security procedures or who are observed filming/taking photographs/making notes or drawing diagrams of: military/police/security facilities, vulnerable public areas such as bridges, tourist attractions, shopping, restaurant or passenger processing, embarkation/disembarkation routes at cruise ship, ferry terminals or docking facilities.
Suspicious persons seen to abandon a vehicle onboard a ferry and walk ashore or who leave a vehicle in an unusual position in areas of high volume public or passenger access.
Suspicious vessels observed entering maritime restricted areas or seen in close proximity to large cargo or passenger vessels whilst underway or at anchor.
Suspicious persons seeking unusual instruction on the water such as diving, hiring powerboats, inflatable RHIBS or yachts. Who are they and where are they from? Obtain as much information as possible.
Crew who show signs of nervousness or a lack of awareness of maritime protocols and customs.
Vessels showing signs of unusual modification or minor damage.
Increased activity at isolated coastal locations or at unusual times of the day.
Any attempts to signal to vessels offshore or guide them into an unusual landfall.
Strange patterns of payment, such as large amounts of cash.
What should you do?
If you see unusual or suspicious activity, report it to your local police on 101, or anonymously to Crimestoppers on 0800 555 111 and quote ‘Project Kraken’.
Record as much information as you can – the smallest detail could be significant. Do not take direct action against any individuals or groups.
If it is an emergency or you require immediate Police attendance, call 999 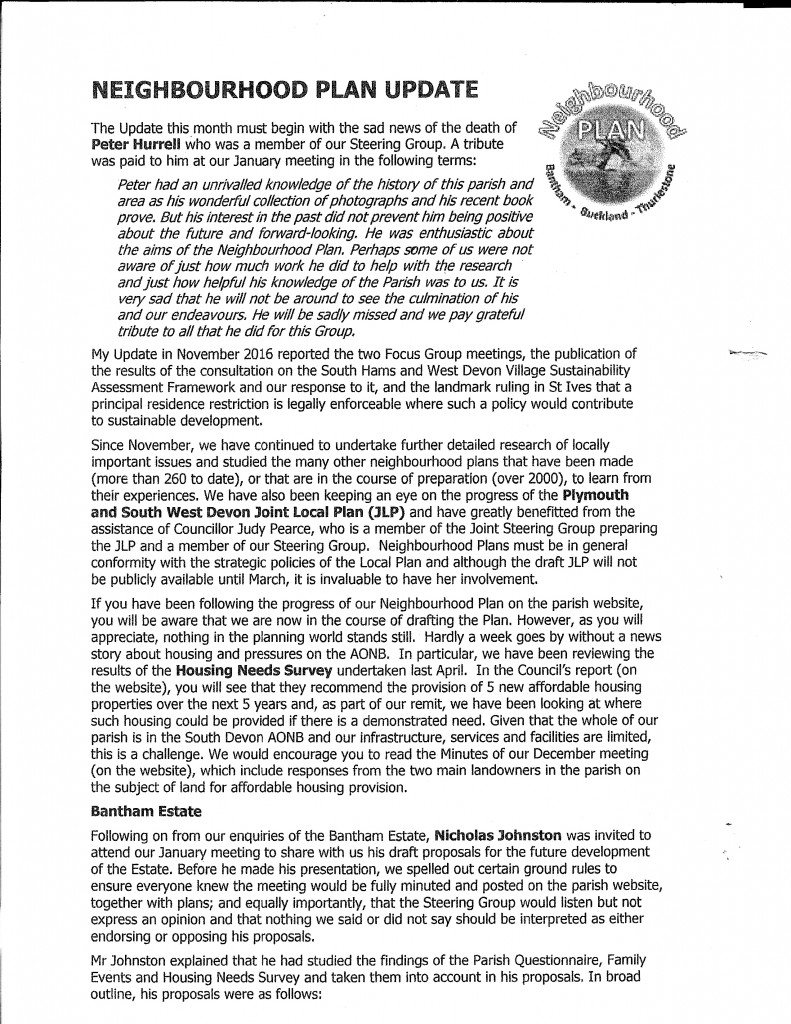 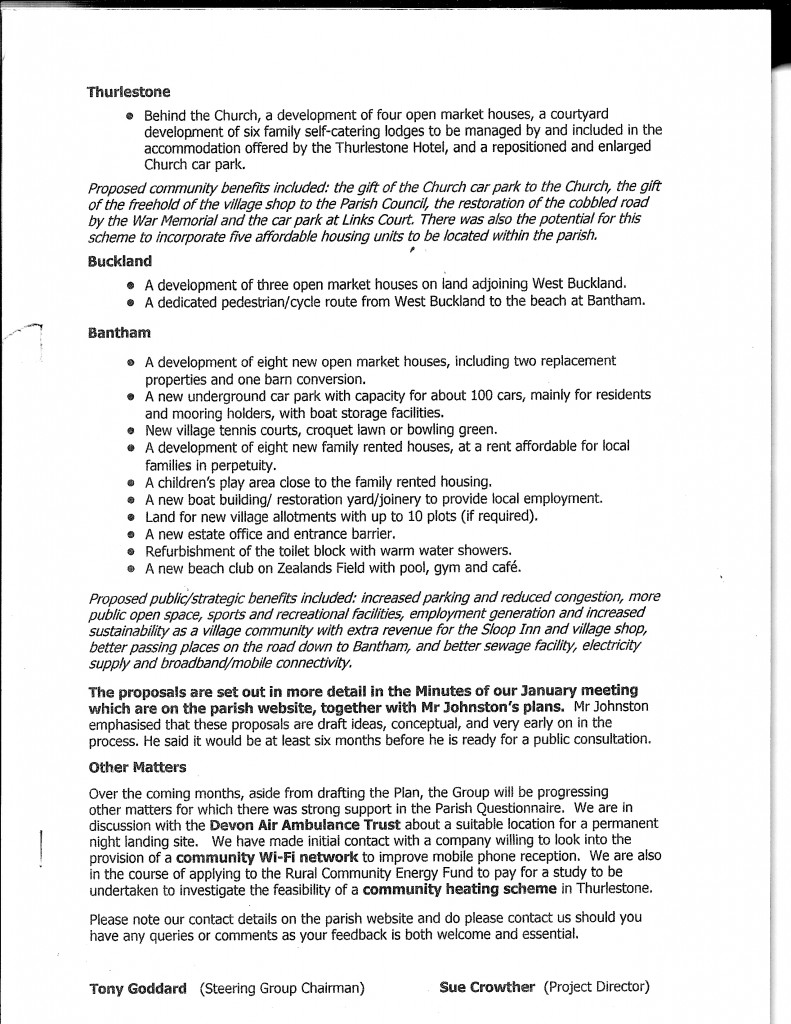 Results of the September beach clean on Cockleridge: 2016

Click on the following link for an analysis of what was found on the beach in September 2016:- http://www.mcsuk.org/beachwatch/beach/cockleridge-nr-bantham-beach/survey100m/2016-09-18/summary

As part of the Marine Conservation Society’s Great British Beach Clean – 2016, the Aune Conservation Association will be organising a clean up of rubbish on Cockleridge (opposite Bantham) on Sunday 18th September between 3pm & 4pm (low water will be around 2.00pm) – weather permitting. You can sign up via this link – http://www.mcsuk.org/beachwatch/user/register

The main purposes of these events are both to rid the estuary of unsightly rubbish and to protect those species which may be damaged or destroyed by its presence in, on, under or near the water. Secondary objectives are to have fun on the beach or river and enjoy each others company.

Most of these beach cleans are held in association with the Marine Conservation Society. As a condition of participation, all volunteers are expected to adhere strictly to commonsense Safety Guidelines at all times and to follow the advice of the Organiser on the day as conditions may vary. The guidelines can be scrutinised by clicking here – ACA BEACH CLEANS3

We shall be recording details of what we find to complement our previous surveys and to add to the national database maintained by the Marine Conservation Society.

All are welcome but no unaccompanied minors, please. Please come equipped with stout footwear, gardening gloves, warm clothes, etc. If you have any spare collection sacks, they would be useful. 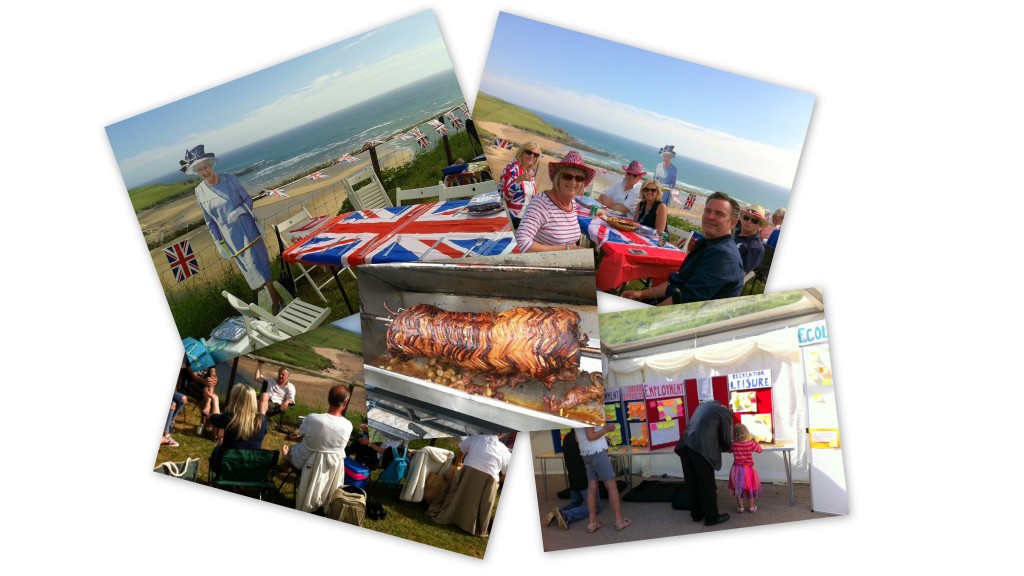 HM The Queen’s 90th Birthday celebrations continued in Bigbury with a community bonfire on the beach on Saturday evening and a BBQ overlooking the Avon Estuary on Sunday afternoon. The BBQ included a further opportunity for everybody to contribute ideas for the embryonic Neighbourhood Plan. 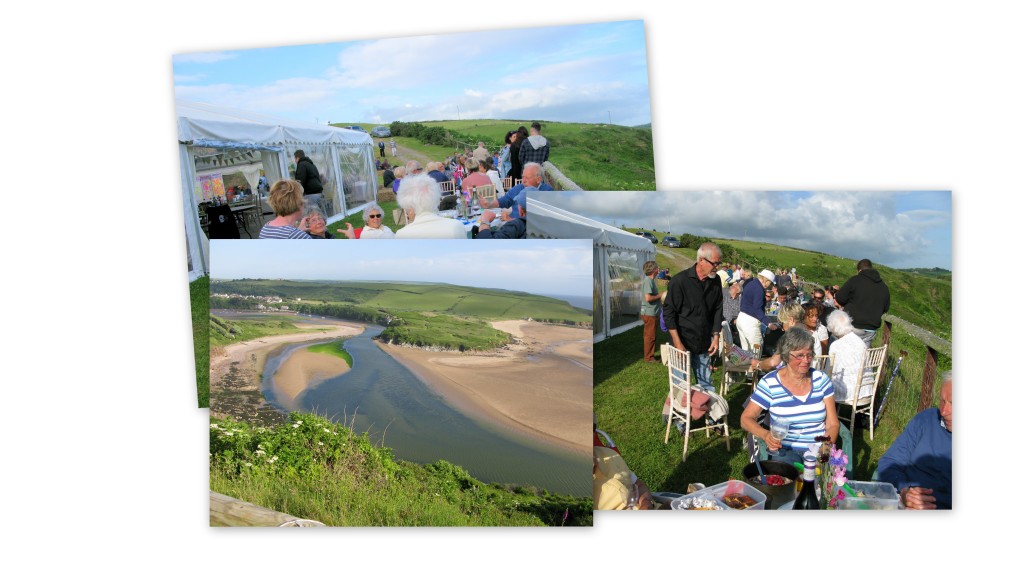 Click on the link for a very important update on Bigbury’s Neighbourhood Plan by Valerie Scott, telling you how to become involved.