Posts in category Other

The Minutes are stored in the DOCUMENTS section of the Bigbury Parish Council GROUP.

The River Avon rises at Aune Head, the area of South Dartmoor which is the source of the rivers Plym, Yealm, Erme and Mardle. It takes a roughly southerly course through open moorland for some three miles before its flow is impeded by the Avon Dam above Shipley Bridge. Here it enters a farmed landscape, bypasses South Brent, goes under the A38 dual carriageway and follows a southerly route through Avonwick, Diptford and Loddiswell before swinging west to Aveton Gifford where it becomes tidal before reaching the open sea between Bantham and Bigbury.  For much of its course it is hidden from public view since the demise of the Primrose Railway Line to Kingsbridge

The river runs through countryside of great beauty with a varied rural landscape of farmland, deep, remote wooded valleys and species rich grassland. The Avon catchment is home to a cluster of County Wildlife Sites and is important habitat for endangered species such as the great horseshoe bat and dormouse.  Changes in agricultural practices and land ownership patterns have resulted in a combination of extremes, from more intensively managed farmland with issues such as over-grazing and run-off into watercourses, to abandoned woodlands and valley grasslands which are now covered in scrub.

Land Management Advisory Officer Lynne Kenderdine (DWT) and Assistant Landscape Ecologist Craig Dunton (SDNT/ThinkNature) organised a get together at Hazelwood House at the end of March to report progress on the Avon Valley Pilot Project.  Some 20 landowners and people associated with the scheme attended.  Lynne reported that the project had been very well received and a great deal had been achieved thanks to the cooperation of landowners. Some 80 site visits per year have been carried out and the project has worked with over 100 landowners.

The main thrust of the project is to try and connect habitats together.  Wildlife use the landscape as a series of stepping stones, hedges, woodlands, and meadows become places to feed, breed, shelter and rest.  Given that 98% of wildflower meadows have declined since the 1950’s, flower rich wildflower meadows are seen as a key habitat and the project has initiated some exciting work to reinstate them.   Landowners with existing flower rich meadows have donated  seed, this has been harvested using either a leaf vacuum or brush harvester. The harvested seeds are then sifted and dried and have been used to create 20 acres of new wildflower meadows in the Avon Valley.

With the help of volunteer groups from DWT and The Conservation Trust, a ‘green haying’ trial which involved taking freshly cut hay from Longmarsh in Totnes and transplanting this on David Halsall’s land at Aveton Gifford took place in 2013.  Elsewhere volunteer groups have also been involved in vital scrub clearance sessions; opening up space on previously neglected valley grasslands, letting in the light and allowing cattle grazing. Yellow rattle – a semi parasitic annual which reduces grass density is regarded as a key species in the work of the project.

The Quayside Leisure Centre, Kingsbridge, will be organising a triathlon on Sunday 14th June – 400m pool swim + 23km cycle ride from Leisure Centre to Salcombe and back via Churchstow +5km run into the lanes behind the centre.  See link – http://www.actve.com/kingsbridge-devon/triathlon/races/kingsbridge-trithlon-2015?int=

If you fancy walking in beautiful surroundings to support Operation Henry, a local pancreatic cancer charity, please click on this link for details – http://www.operationhenry.com/challaborough-challenge/

‘UNWIND’ IN BIGBURY – A NEW VENTURE FOR BIGBURY VILLAGE 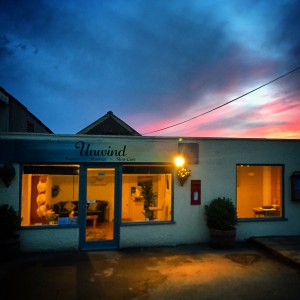 We are about to get some new life injected into Bigbury village with the opening of a new beauty, massage and skin care centre, ‘Unwind’, situated on the site of the old Bigbury Village Stores  For full details click here – http://www.unwindinbigbury.co.uk/.

Good luck for the opening on Saturday 21st March 2015 and for future success.

RURAL communities are being left behind by the government’s broadband plans, MPs have warned.

The Environment, Food and Rural Affairs Committee fears hard to reach rural communities are being overlooked in the race to upgrade basic internet connections to superfast broadband.

The government wants 95% of the country’s premises to have superfast broadband connections by 2017. But that leaves 5% on slower or non-existent connections.

Committee chair Anne McIntosh MP said: “People living in the hard-to-reach 5% of premises need the same access as the rest to online and digital services.

“There is a risk in the current approach that improving service for those who already have it will leave even further behind the rural farms, businesses and homes who have little or none.”

The report, Rural broadband and digital-only services, was published on Tuesday (3 February).

It raise fears that a focus on improving access for most of the country may leave a minority with little or no ability to use key government services increasingly available only online.

The government plans to transform broadband require 95% of premises to have superfast speeds of 24Mbps by 2017 then, although BT told the committee that the target might slip into 2018.

Miss McIntosh added: “We are concerned that the current broadband rollout targets are based on inaccurate assumptions that universal basic broadband coverage has largely been achieved.

The reality was that many rural communities were still struggling with no access, or slow broadband speeds, she added.

“There is a fear that upgrading the majority who already have access to basic broadband is creating an even bigger gap between those with and those completely without broadband access.”

Speed and delivery are vital components of the broadband rollout plan.

But the committee strongly recommends that the government’s minimum target speed of 2Mbps is too low, must be reassessed and a new minimum speed identified.

Miss McIntosh said: This is a minimum speed commitment to the public and it must reflect modern technological demands, it is not high enough; 10 Mbps is a more suitable target.”

Country Land and Business Association president Henry Robinson said: “We are pleased MPs have listened carefully to the evidence we set out to them.

“The committee is right to conclude that a minimum speed of two Megabits per second (Mbps) is now too slow a speed for modern requirements.

“It is also right to press the government to review this, but it is a shame the report stopped short of calling for a Universal Service Obligation.

“It is clear that rural areas have fallen behind.”

If the government was to level the playing field, it must prioritise hardest-to-reach areas, even if this meant investing in alternative technologies such as satellite, said Mr Robinson.

The statistics for this month’S (JANUARY) prices for domestic fuel oil are:

Note: the Market Highest is the highest price quoted to us by all the suppliers we contact while the Market Average is an average of all the prices quoted.  We don’t quote the lowest as that is obviously the price we have negotiated.

If you have a query regarding your oil delivery this should be directed to Marion at info@ofps.org.uk or via your local co-ordinator (Stuart Watts email stuart@bigburycommunity.co.uk).